Learn about the 10 core principles of classical liberalism/libertarianism from an African perspective.

THE AFRICAN IDEAS OF LIBERTY COURSE

The Mande Charter of Liberty, traced to 1222 AD and passed down through oral tradition is perhaps the earliest African constitution and national human rights declaration. Recognized by the United Nations as an Intangible Cultural Heritage, it is a clear indication of indigenous African ideas of liberty . Besides the Mande Charter and Oral tradition, the writings of Zera Yacob in the 17th century and Anton Wilhem Amo in the 18th century are some of the earliest pro-liberty writings of African origin prior colonization. Presently, Prof. George Ayittey has been a leading light in bringing African Ideas of Liberty back to the fore.

Starting during the colonial era,  a modern African myth developed that the “ideas of liberty”, political and economic freedom are western ideas and are therefore not good for Africa.

Those who hold such views will usually not put it that way. What they usually say is that libertarianism or classical liberalism and particularly capitalism are western or foreign ideologies that must be rejected in favour of indigenous African ideologies which they usually present as African communism/socialism.

Many unsuspecting Africans hear this myth and quickly accept it without realizing that libertarianism or classical liberalism (which is different from neo-liberalism) means ideas of liberty or freedom and that most traditional African societies practiced free market capitalism, not socialism or communism as is often portrayed. The communal-ism of indigenous African societies is different from communism. Communalism is based on the voluntary cooperation of individuals and families, communism is based on the use of force by government.

Clearly, there is no such thing as “The African ideology”.  Instead there are several distinguishable ideologies of African origin. To say that there are no indigenous pro-liberty thinkers in African history is to stray very far from the truth. Indigenous African societies prior colonization, were largely built on pro-liberty philosophy.

Let us learn about these African ideas and spread them, because as you will find with a little study, the African ideas of liberty are necessary for peace, prosperity and sustainable development in Africa.

The course is the first of 3 courses that will prepare you for a career in pro-liberty research, education or advocacy to free Africa and the world from poverty, war and misery.

By the end of this course, you will be able to:

1.     Identify 10 African ideas of liberty  that are synonymous with the 10 core principles of classical liberalism/libertarianism.

2.     Identify African proverbs, stories, songs, history and indigenous institutions that promote each of the ten core African ideas of liberty

3.     Identify at least 10 pro-liberty organizations or think tanks in Africa that you can join, partner with or work for.

This course comprise 11 modules which features short videos, text lectures, additional reading materials as well as a quiz after each lesson to check your knowledge before you proceed to the next lesson.

The first ten lessons are devoted to teaching each of the ten African Ideas of Liberty while the eleventh lesson introduces you to the community of of pro-liberty organisations in Africa. The end of course project is very important,completing it will enable you to proceed to take specialization courses in op-ed writing, social media advocacy and policy research.

11 Advocates for Liberty in Africa

“For any reform to be permanent and enduring, it must be based on and rooted in the principles of the aboriginal institutions.”

Solve the Megaminx and Rubik's Cube

A systematic approach to learning both of these puzzles. 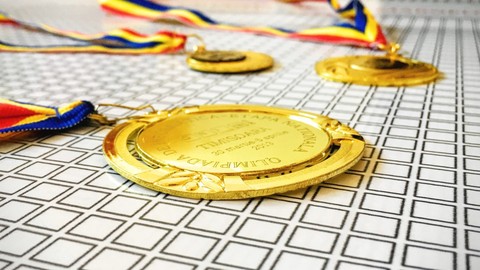 Introduction to Algorithms and Data structures in C++

A step-by-step guide with solved problems. I'm teaching visually with lots of examples.

After Effects Essentials for Beginners

Just the necessary stuff you need to create your first video!

Semantics and the MarkLogic NoSQL Database

A hands-on guide to begin using semantics in MarkLogic

In the UK all employees recieve mandatory training and employers are obligated to provide this...

Feyisade Charles Adeyemi is a Trans-Disciplinary Educator, Development Practitioner and Public Speaker. He teaches Culture and Tourism in Africa, Citizenship Education among other courses at Elizade University, Ilara-Mokin where he also coaches the Elizade University Debate Club, serves as Staff Adviser to Zenith Entrepreneurs Club and hosts TEDxElizadeUniversity.

Feyisade is the Academic Director of African Students for Liberty, founder of The Chale Institute (TCHALEI) and a Fellow of African Liberty.


Very Good, The material is great, but the sound quality is poor. There is room echo.
Abednego Ford
10-01-2020


Thank you. Lessons on African free market are practical, that i will use in a larger capacity for business in local levels.
Olude Busayo Baseerah
21-10-2019


It was awesome and eye opener to Liberty.
Bashiru Anifowose Kukoyi
20-10-2019