An introduction to Breakdancing basics, including How to Groove, Toprock, Posture, Footwork, and Freeze!

Have you ever wanted to dance? Maybe you are shy or don't like group classes?

I have produced an easy-to-follow step-by-step video tutorial series for you to learn all the basics of Break dancing in 40 minutes! At the end of this course you will be able to Groove, Dance, and Get down to the floor with impressive moves that not many people know how to do!

With over 15+ year of dance experience performing for thousands and teaching what I've learned, I have come up with simple techniques to get you started on your dance journey, be it for fun or as a career!

What are you waiting for? Let's learn how to Break dance! 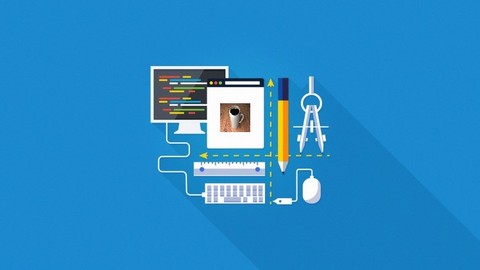 A beginner's guide to the building blocks of digital art

Game creation without needing to know any code.

An Introduction to Moho

A beginner's guide to learning Moho

Chris ‘Push’ Costa, Born and raised outside of Boston, MA., started Bboyng in high school, performing in shows and rallies. At the age of 18, he moved to NYC where he became a regular in underground street dance scene competing is battles and building a community of Bboys to share practice space with and founder of the long standing 'Ninja Bboy Session' since 2011, now hosted at Cornell. Drawing inspiration from some of NYC's innovators & teachers, he began to mix Waving, House, and Animation into his breaking.

In 2012, Push taught a yearlong Youth Breaking Program in Queens for ages 4-16, along with adult workshops. He also has partnered up with the non-profit ISA to hold Breakin' workshops.

Push also went on tour with Days of Wild to the Montauk Music Festival in 2014, 2015, & 2016 performing shows at Zum Schneider, The POINT, Surf Lodge, the Sloppy Tuna,the Montauk Beach House, The Light House, & on The Green head line show.

In 2017, Push traveled to Japan and was invited as a guest for High Strokes exhibition freestyle battle.  Now back in New York City, Push has done numerous promotional work for companies such as SONY, Hyperbolic, & Visa. He also performs for private lessons, parties, weddings, & birthdays throughout NY & NJ.

For 2018, Push has started to release his Online Breakin' Course for beginner & advanced students as well as another performance workshop for Soho Playhouse and is focused on continuing to give back to the community.


It was great I got to learn awesome moves!
Free