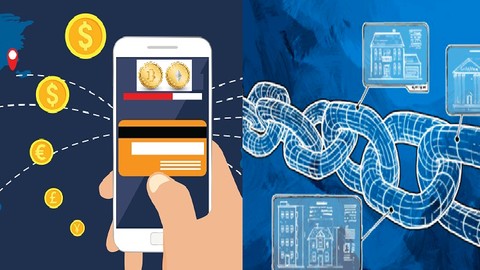 This course aims at explaining the whole concept to you, this is not a course you wish to put aside because the whole blockchain cryptocurrency sphere is blowing up by the day. People who didn't get to learn about it few months ago are regretting now.

Like in all my courses, you are 100% sure of coming off this course a much wiser in these new technologies and equipped at making financial decisions that will transform your life in few months.

This course will take you from absolute beginner to full understanding the whole cryptocurrency and blockchain concepts. Its a new technology that is just about 8 years old, but just like when the internet first started, it has already made so many common people multi-millionaires.

Learn HTML + CSS by recreating the home pages of some amazing companies.

Every Self Defense Technique You NEED to Know in One Course!

Discover your inner world and your unlimited potential.

David Ozoalor has lots of happy students here on Udemy. He has been programming and building applications for many years. Dave Ozoalor's courses are very comprehensive and they cover from beginner level to advanced on each of the topics.

With more than a decade background in teaching, mentoring and grooming software developers, Dave Ozoalor is easily rated one of the best tutors in the world on the field.